Meanwhile, under the terms and conditions of the Company’s Subordinated Capital Debentures No. 1/2012 USD 1,000 million, issued in June 2014, and PTTEP Treasury Center Company Limited Subordinated Capital Debentures USD 500 million, issued in July 2017; if PTTEP defers the distribution payments on the debentures, PTTEP may neither declare nor make any dividend payments, nor make any interest payments or distributions of any sort of any instruments or security ranking paripassu or junior to the subordinated capital debentures. 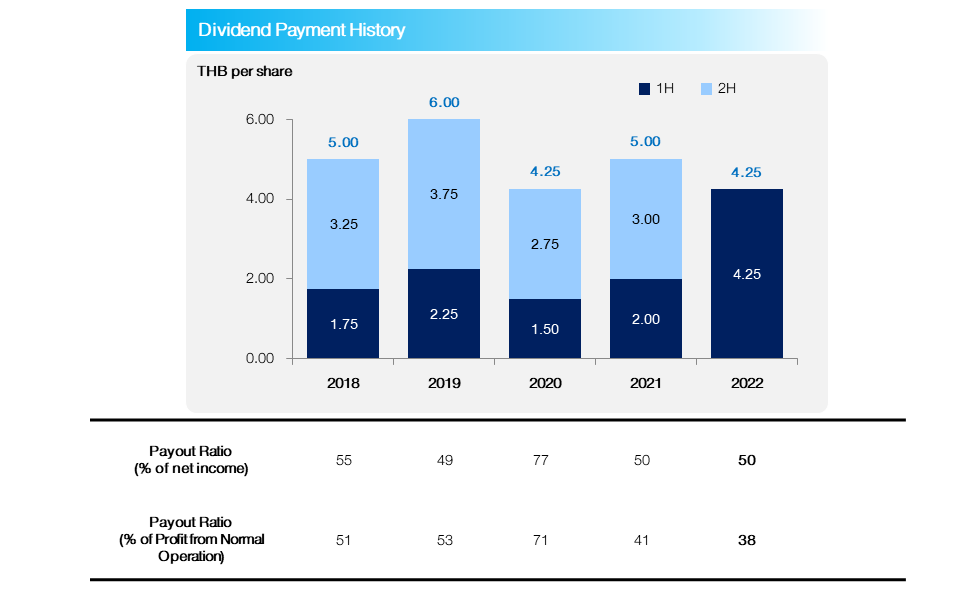