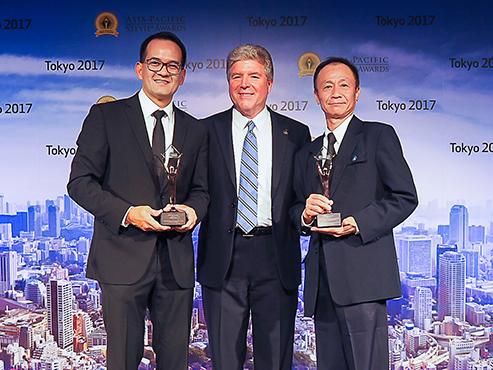 SIOLA (Stimulation, Intervention, Optimization of Services for Children) is the program that offers play-based education to maximize benefits for early childhood development and healthcare in various locations of West Sulawesi, Indonesia while the Crab Hatchery Learning Center is aimed to increase number of crabs and help local fishermen generate more income.


The information, statements, forecasts and projections contained herein reflect the Company’s current views with respect to future events and financial performance.   These views are based on assumptions subject to various risks.   No assurance is given that these future events will occur, or that the Company’s future assumptions are correct.   Actual results may differ materially from those projected.
Related Awards