PTTEP conducts its business as a responsible corporate member of society to observe the laws of Thailand and the countries where we operate. We strongly support the fundamental human rights in line with the legitimate role of business and give proper regard to health, safety, security and environment consistent with commitment to contribute to sustainable development. Our sustainable social development strategy focuses on engaging with and creating value for stakeholders. In 2017, PTTEP commences to strategically implement the social development project into 3 categories as follows:

Our social development projects and philanthropic activities are managed under the existing group-wide Policies, Guideline and Standards. PTTEP strategy is to focus on community investment rather than charitable donation and commercial initiative.  In 2018 more than 81% of total cash contribution at USD 12.62 Million is spent in community investment whereas the cost of In-kind giving is at USD 1.03 Million.  PTTEP management and staff spent 9,280 volunteering hours on community programs during working hours which is equivalent to USD 0.15 Million.  The management overhead is at USD 3.35 Million. 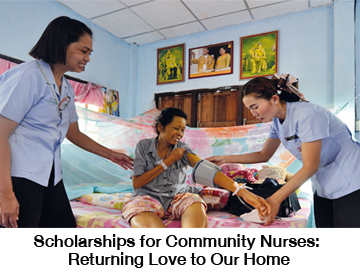 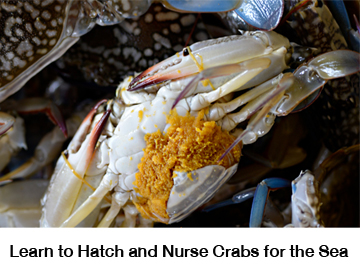 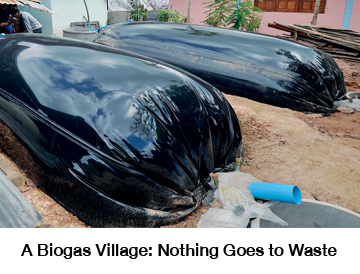 Philanthropy and Contributionsclose | open
Philanthropy and Contributions Overview
PTTEP has a commitment to act in a social responsible manner. A core component of this is to support community development through social investment. Through our social investment strategy, PTTEP contributes to a range of initiatives from philanthropic donations to investments.
Philanthropy & Contributions Projects and Activities
In 2018, PTTEP’s philanthropic activity includes disaster relief for Earthquake and Tsunami victims in Indonesia, X-Pian Dam Collapse victims in Republic of Laos and affected people of tropical storm “PABUK” in Thailand and support to Basic Needs requirement such as monetary donation to public hospitals i.e. Rajavithi Hospital, Ramathibodi Foundation for Chakri Naruedindra Medical Institute and Songkhla Hospital to provide medical services to public.  In the area of quality of life enhancement, contributions have been made to Phrabatnampu Temple for charity concert to raise funds for Aids patients, the Army for the disabled Army personnel and family and to various charity organizations to improve Elderly’s quality of life. Other than this, scholarships are provided to students in all operating areas and PTTEP Save Life Campaign is held annually staffs and contractors to donate blood at Headquarter and operating sites.

Disaster Relief for Earthquake and Tsunami Victims in Indonesia

PTTEP Indonesia Asset presents a donation of Indonesian Rupiah 1,000 Billion (approximately 70,000 USD) to SKK Migas, the Special Taskforce for Upstream Oil and Gas Business Activities under the Indonesian Ministry of Energy and Mineral Resources, to aid the victims of the earthquake and tsunami in Central Sulawesi. Prior to this PTTEP together with PTT Group make a donation of IDR 500 Million in total (approximately 35,000 USD) to Indonesia’s National Alms Agency (Baznas) to assist in the relief of the victims.

PTTEP donates 1 Million Baht (approximately 29,400 USD) to the Rajavithi Hospital to support the Rajvithi Medical Center Project which will accommodate over 1 million patients annually from all over the country and providing them with access to advanced technology medical services.

PTTEP donates 3,200 sets of survival bags and drinking water to the 3rd Army to help flood victims in 17 provinces in the northern part of Thailand. Together with this donation, PTTEP hands over the budget support to the 3rd Army’s project to improve quality of life i.e. Chicken Farm Project and Black Bengal Goat. Such contribution is in line with PTTEP’s practice to support the local authority to improve the quality of life in communities around operating area.

PTTEP together with PTT Group presents a donation at the amount of 5 Million Baht (approximately 147,000 USD) in total to the Office of the Permanent Secretary, Prime Minister's Office to provide relief to the victims of the Xe-Pian Dam Collapse in the Republic of Laos.

On the occasion of the 25th anniversary of Phrabatnampu Temple, Saraburi province, a series of charity concert are held to raise funds for the treatment and care of HIV Infected patients, PTTEP hosts for a one night concert at Thailand Cultural Center. The concertgoers also make additional donations to the temple at the event.

Support to Ramathibodi Foundation and Home for the Destitute

PTTEP by Petroleum Development Support Base in Songkhla, together with suppliers, provide 1,500 survival bags for distribution to the affected communities in the southern provinces. In addition, 1,800 bottles of drinking water are provided to the Sheriff of Singhanakorn District, Songkhla Province for those victims in temporary shelters at more than 11 centers.

Moreover, PTTEP together with PTT Group prepare 1,500 survival bags and donate 20 Million Baht (approximately 588,250 USD) to the Government to aid the victims of the tropical storm “PABUK”.

PTTEP organizes blood donation activity under “PTTEP Save Life Campaign” for PTT Group and other companies at Energy Complex. A total blood of 85,050 cc. has been collected and donated to the Vajira Hospital. In addition, a special activity for volunteer staffs to assemble the exercise equipment for patients and the elderly is organized. The finished products are donated to the Phra Pradaeng Disability Protection and Development Center.